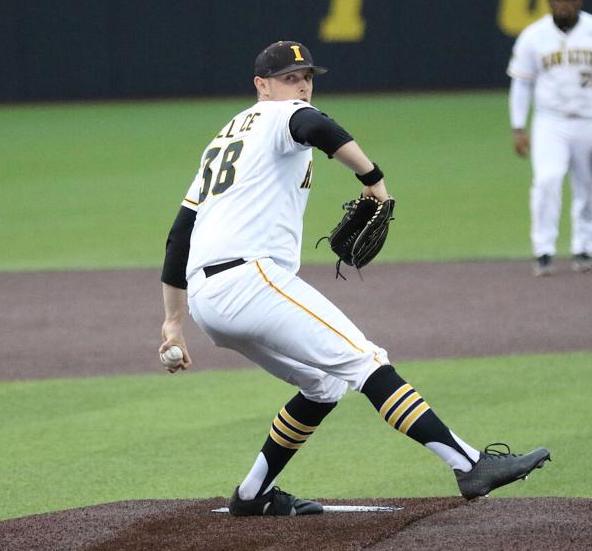 Trenton Wallace was the Big Ten Pitcher of the Year in the 2021 season. His other accolades in the 2021 season include Collegiate Baseball Second Team All-American, ABCA/Rawlings Second-Team All-American (the first Hawkeye to earn the award), First-team All-Big Ten selection, AB...CA/Rawlings first-team All-Midwest Region, Big Ten Pitcher of the Week (March 24), named to the Big Ten Preseason Honors List, and Academic All-Big Ten selection. In the 2021 season he went 7-1 with a 2.34 ERA in 13 starts with 106 strikeouts to 37 walks. He was ranked second in school history in strikeouts in a single season. Show more